Waging War in the Sawtooths

Unlike the rocky sentinels of the Sawtooths, on February 20th pandemic pandemonium struck investors who proceeded to torpedo the markets. Chaos rules the day, as jagged volatility shreds everything except the imaginations of headline writers.

As abrupt as an earthquake we are in a wartime economy. It’s as if air raid sirens are blaring and we’re hunkered in our basements. Warriors wear N95 respirators, polycarbonate face shields, and nitrile examination gloves. Our foe floats insidiously about as an aerosol—hosted in droplets less than 5 micrometers in diameter—eager to transverse our 6-foot invisible contamination reduction zones.

While you endure your daily battles for yourselves, your families, your communities and your businesses, what are we doing?

We are doing what we’ve done before . . . waging war in the sawtooths of bear markets. It’s largely a tactical war of patience. Let chaos run its course while identifying opportunities to strike and moments to retreat. Ninja nimbleness versus unleashing the legions. As in any war, we incur losses, lose some battles. It’s part of the price to prevail in the end.

Have we prevailed in the past?

Both of this century’s epic bears gnashed their wicked sawtooths (technically, “counter-trend rallies,” but I like “sawtooths”). 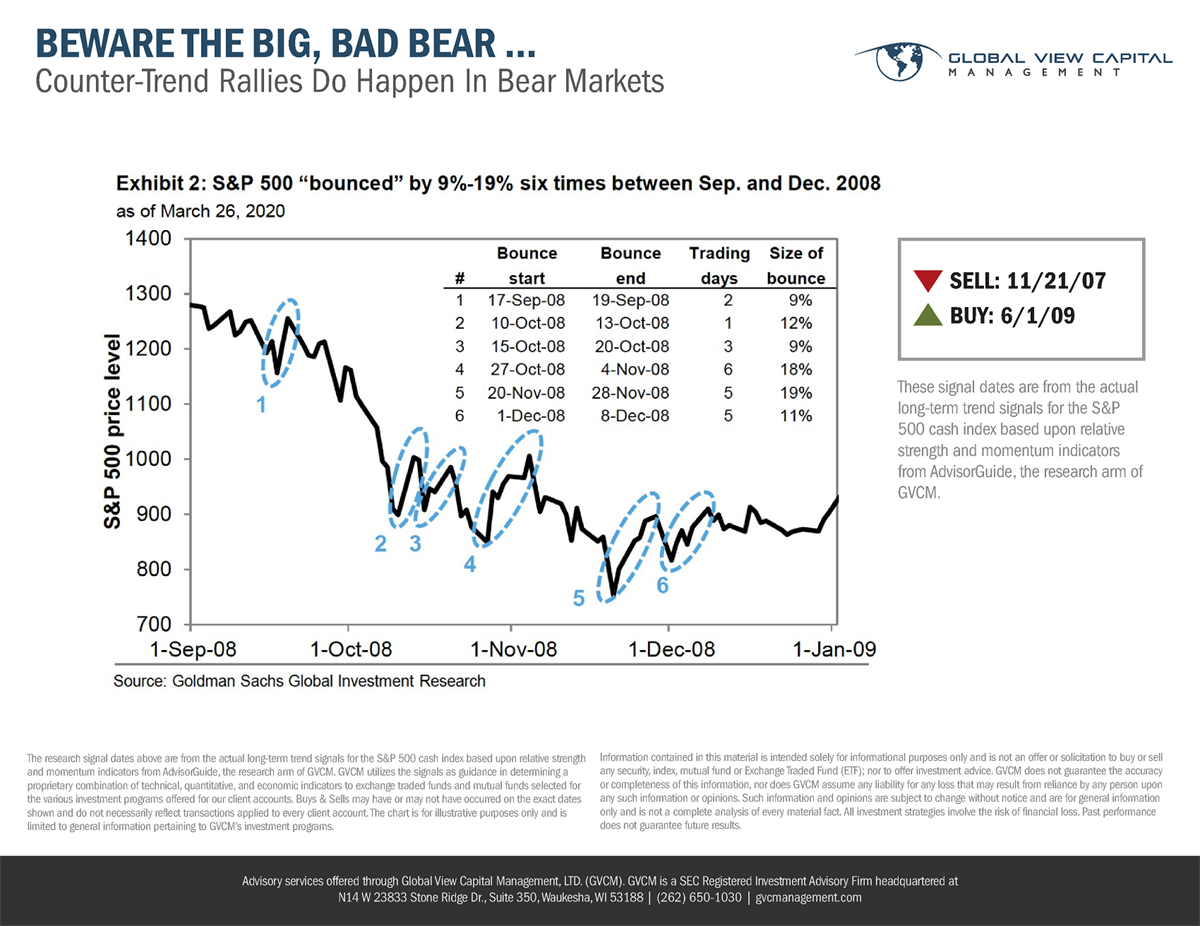 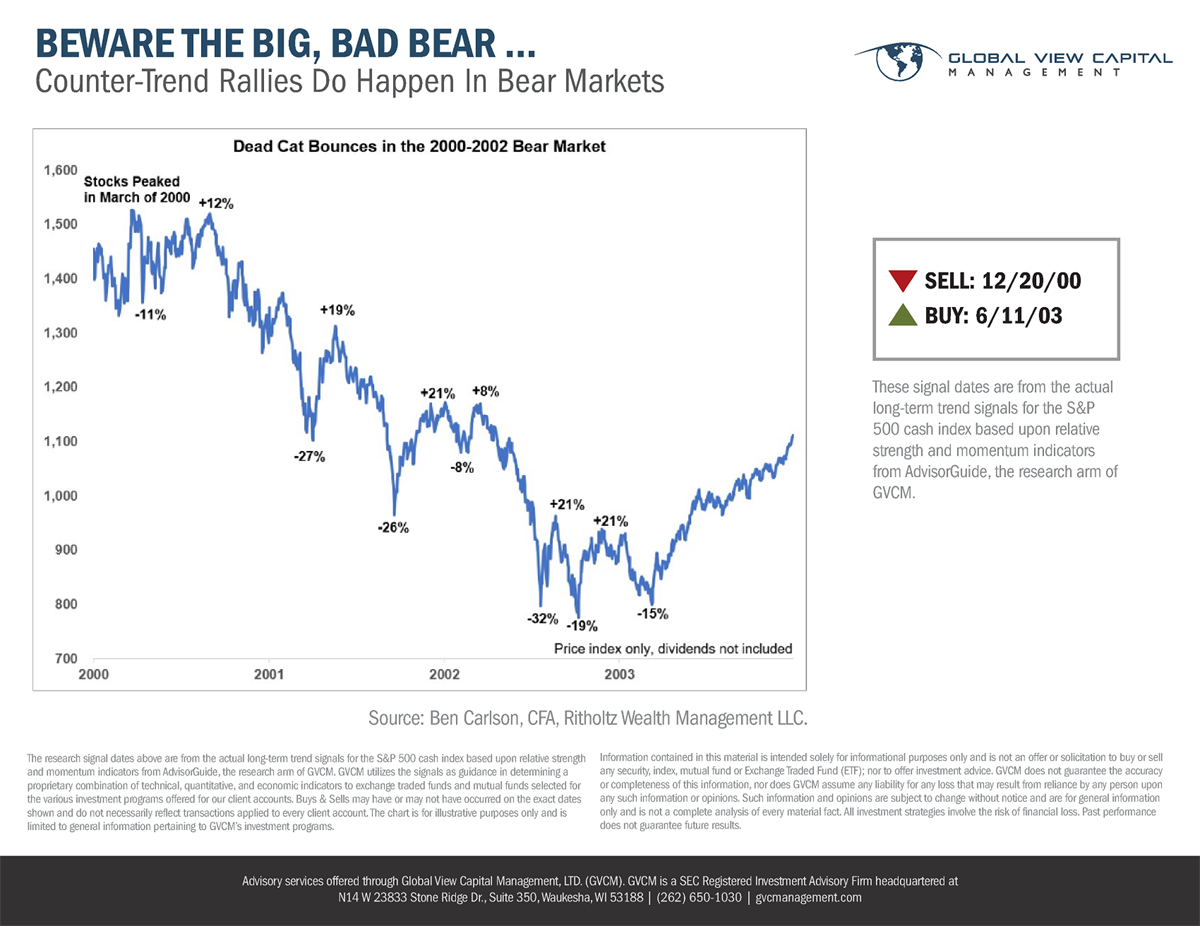 Full-on engagement of sawtooths is foolishness. Our battalions watch from a neutral zone as the mercenaries whack each other. We might send in a team or two of special forces to capitalize on select opportunities. It depends on how aggressive our commanders (you) are.

Pulling back to see both historical bears and the onset of today’s bear, the sawtooths dull down—another curve to flatten. 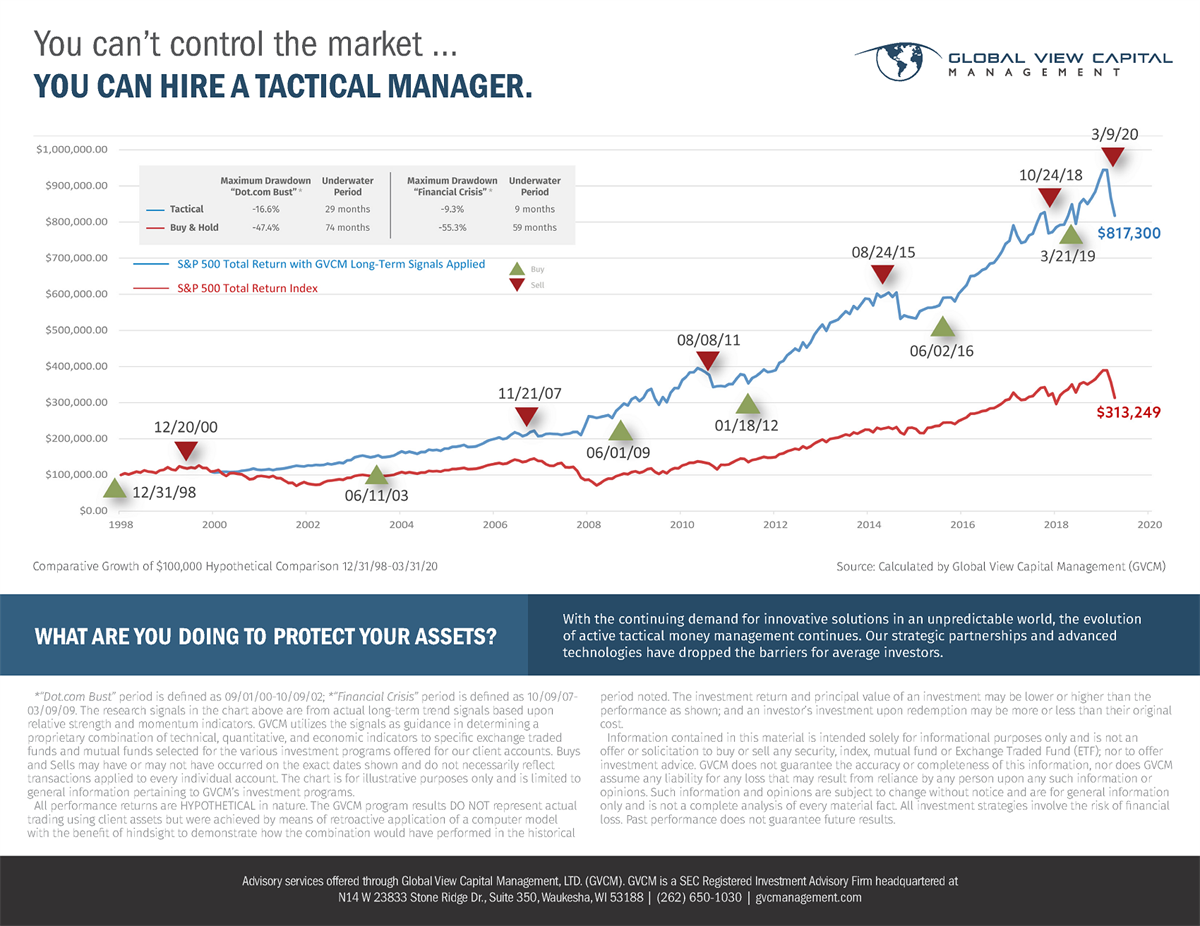 Speaking of sawtooths, today an oral surgeon skillfully extracted a tooth and grafted bone in my dear wife’s jaw (justified as urgent enough given today’s elimination of elective procedures). It’s a lousy time in the life of her mouth. Yet in a few months, her oral health will be better than it was leading up to the procedure.

In either case, we have to look at years more so than at months.

In either case, a tactical plan is superior to wait, see, and hope.